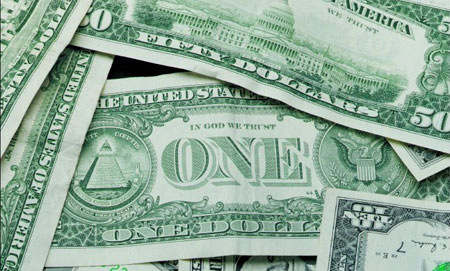 The U.S. economy continues to shrink and shed jobs, but at a much slower pace than a few months ago, giving economists reason to proclaim the longest recession in the post-World War II era may soon be over.

CONTINUES BELOW THIS AD:

When are negative indicators seen as good news? In today's economy, it is when conditions continue to erode, but no longer do so at dizzying speeds.

The Commerce Department reports the U.S. economy contracted at a one percent annual rate in the second quarter of the year, confirming the United States remained mired in recession at least through the midpoint of 2009. But even though America's economy continued to shrink, the drop was a marked improvement over the previous quarter, when gross domestic product fell at an astounding 6.4 percent annual rate.

"This [GDP] report, while it tells us that we had probably the worst recession since the end of World War II, also indicates that growth in the 3rd quarter is likely. With rising corporate profits, this holds out a lot of hope that we are done with this recession," he said.

Separately, the Labor Department reports that 570,000 Americans filed for jobless benefits last week, 10,000 fewer than the previous week and far less than the 650,000 to 700,000 weekly figures that were often reported at the beginning of the year.

But economists and White House officials are standing by projections the U.S. unemployment rate, which stands at 9.4 percent, will top 10 percent by the end of the year - even if the economy returns to growth before then.

The deep recession coincided with a financial crisis that saw the downfall of numerous American banks and investment firms, and forced the U.S. government to rescue some of the nation's best-known private financial institutions and corporations.

The government entity that guarantees bank deposits and monitors banking health reported the industry suffered billions of dollars in losses last quarter, with growing ledgers of troubled assets, like homes in foreclosure. The Federal Deposit Insurance Corporation says the total number of banks deemed to be at risk of failure jumped to 416 from 305 at the end of the previous quarter.

"The banking industry can look forward to better times ahead. But for now, the difficult and necessary process of recognizing loan losses and cleaning up balance sheets continues to be reflected in the industry's bottom line [profits or losses]," she said.

More than 80 banks have failed this year, forcing the FDIC to compensate depositors whose account balances would otherwise have disappeared. As a result, the FDIC's insurance fund fell 20 percent in the second quarter, and is expected to be depleted further in the months to come.