CI SUMMARY: Spanish-language ad spending is on the rise—posting gains in just about every major product category in 2008. What is the best strategy to reach an audience whose language proficiencies and preferences range from Spanish-only through various degrees of bilingual skills to English-only? Language holds the key to success as a strong emotional link is forged with the Hispanic consumer when ads are rendered in their native language.

Even as the U.S. gears up for a formal census expected to validate the size and scope of its Hispanic population, advertisers are way ahead of the learning curve. While 2008 national TV advertising grew at a slower rate than prior years, the Spanish-language sector increased by 3%, posting gains across every major product category with the exception of automotive offerings. 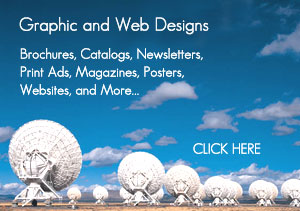 Together, advertiser spending within the Top 10 Spanish-language product categories expanded by 8% over prior year results, reaching $2.9 billion in 2008. Leading the way on a dollar basis were pharmaceuticals at $663 million, followed by automotive (factory and dealer associations) at $530 million, wireless telephone services at $315 million, department stores at $307 million and quick service restaurants at $300 million.

The fastest growing segment reflects the rising digitization of the Hispanic population: satellite communication services increased their spend on Spanish-language TV stations by 124%, dwarfing the gains by runners-up auto insurance at 39% and pharmaceuticals at 32%.

And this dollar shift accompanies a rise in audience sizes for the Spanish-language networks in the 2008/09 television season. The two major Hispanic networks, Univision and Telemundo, garnered 11% more viewers overall last season, and reported a 6% increase in the coveted adult 18-49 primetime audience demographic (based on Live+7).

But audience size is only part of the story. As an advertiser trying to reach the burgeoning Latino market, it’s also critical to target Hispanics with a high-quality ad in an environment where they are most engaged and receptive to the commercial message. And to do that successfully, from both a media and creative perspective, all signs point to language.

Nielsen IAG measures the impact of advertising among Hispanics of all acculturation segments across English- and Spanish-speaking primetime television every day. Much recent attention has been placed on the emerging segment of bilingual Hispanics, who can seamlessly switch from English to Spanish and surf from Criminal Minds on CBS to Cuidado con el Angel on Univision without losing much in translation. But as an advertiser, where can you more effectively communicate with this consumer?

Reach and cost considerations aside, research shows that viewer response is significantly stronger in general on the Spanish-language networks. Bilingual consumers report 30% higher recall rates for advertising creative executions and the advertised brand when commercials are seen on Spanish-language programming (on Univision and Telemundo) rather than English-language broadcast networks.

Part of the advertising performance advantage can likely be attributed to the unique characteristics of the Spanish-language networks that offer reduced ad clutter and increased ad exposure frequency, as well as Hispanic media consumption factors like lower DVR penetration.

But that doesn’t account for one of the most powerful points of difference: likeability, a key ad effectiveness measure. Ads on Spanish-language TV rated 62% on the likeability scale on average versus just 41% for spots featuring the same brand on English-language TV among bilingual consumers.

On the recall measure, Spanish-language TV ads achieved a 35% brand recall score versus 27% for English-language ads. In many cases, these substantial gaps were seen even for “translated” spots, where the ad executions mirrored the version airing on general market TV, suggesting that the difference lies in something other than the creative treatment or content.

The performance differential points to a strong emotional link forged between the consumer and their native language. Spanish-language networks uniquely provide a “language outlet” for bicultural Hispanics—many of whom may be speaking English in their daily professional lives, but prefer Spanish in their private or family lives. The television viewing experience, when delivered in Spanish, allows viewers to connect with their culture, history and identity in a way that may not be readily available elsewhere. The translation for marketers: it appears that the bilingual consumer’s appreciation for in-language experiences results in a more favorable impression of those commercials which deliver them.

And the power of language becomes even more evident when evaluating creative-level differences. Ads created specifically for the Hispanic market on average outperform those that are merely lifted or translated from general market TV spots, earning 16% higher brand recall results and 22% better message recall. The factors behind improved performance appear to be culturally relevant cues embedded in the advertising such as Hispanic characters, music and themes.

But more than any other element, the inclusion of a Spanish-speaking character(s) in the ad appears to be the driving critical success factor. Consistently, these types of ads resonate more with viewers, receiving higher brand recall and message communication scores than those without such characters. The finding holds for both Hispanic original spots (+29% higher brand recall) and translation spots (+37% higher brand recall), underscoring the benefit of incorporating more relatable talent who speaks the language in the ad.

Creating a specific spot from scratch for the Hispanic market, which incorporates culturally relevant themes and Spanish-speaking characters, generally results in stronger impact, but may not always be practical given production costs and timing considerations. As an alternative, utilizing bilingual actors in ads that are merely “re-purposed” from the general market appear to have some benefit. In this scenario, the creative content and narrative plays out identically to the English-language version (with cultural adaptations where necessary), but the script is verbalized in Spanish. In other words, in the absence of any other cultural cues, an ad where the characters are at least speaking in one’s native language is more likely to grab the viewer’s attention and drive brand impact—regardless of whether it was designed exclusively for the Hispanic market.

Hispanic consumers have become a force to be reckoned with across screens large and small, fixed and mobile. According to Nielsen May 2009 universe estimates, 82% of Hispanics have cable plus (expanded cable package that does not require a cable box)—a usage level which has risen by 12 percentage points from just four years ago and significantly narrowed the gap with non-Hispanics (89%). One-third of Hispanics have wired digital cable, another 33% have direct broadcast satellite subscriptions, 21% are DVR owners and 88% have DVD players.

Wired Hispanics trail the general Internet population when it comes to online shopping. While 70% of Internet users shop online, spending approximately $861 per year, just 62% of Hispanics purchase products on the web and spend $762 annually.

Mobile phones have made tremendous inroads in the Hispanic community, which trails only the African-American segment in number of minutes per month (783 minutes versus 811 minutes respectively). Although Latinos don’t spend as much time on the phone, they receive or make more phone calls per day (14) than any other ethnic group, and have the phone bills to prove it—$94 per month compared to African Americans $89, Asians $82 and Whites $80. Roughly two-thirds of Hispanics used text messaging services in the last 30 days, about one-fourth utilized mobile Internet, and the same percentage sent an email in the past month.

What’s clear is that Hispanics represent a viable and growing segment in the electronic marketplace. Their increasing “three screen” media consumption as well as their favorable predisposition to advertising make them an audience that can be harnessed on new platforms to boost brand impact.

To receive our business newsletter