Why the U.S. Should Not Reward Castros' Cuba 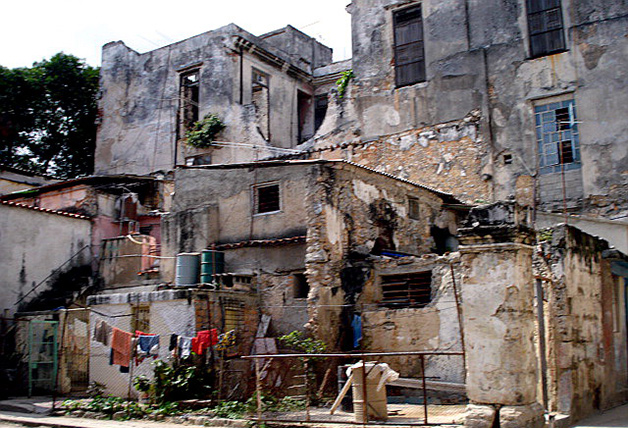 Why the U.S. Should Not Reward Castros' Cuba

Cuba, a small island lying in the Caribbean 90 miles away from Key West, Florida, is the only Communist country in the Western Hemisphere. It has been ruled by two brothers, Fidel and Raul Castro since 1959. A strong lobby by the left and some business companies has been launched in Washington D.C. for the United States to resume economic and diplomatic relations with Cuba. The New York Times has published five editorials in five weeks with such a purpose. However, a number of reasons led us to think the United States should not reward the Castros' regime with open relations.


* Most fundamental freedoms and rights contained in the U.N. Universal Declaration of Human Rights have been suspended in Cuba since 1959. All news media is owned by the government that uses newspapers, magazines, radio and TV stations and online news sites as propaganda machines, making the Cuban people one of the most misinformed in the world. Cuban opposition activists are usually harassed and beaten by civil mobs organized by Seguridad del Estado (political police), arrested, prosecuted and sentenced to jail. The Cuban government is still the country's largest employer and uses such a position to politically control the population. The Cuban people have not voted in democratic elections since 1948. Cuba is a failed, police state.

* Cuba’s economic freedom score is 28.7, making its economy one of the world’s least free. Cuba is ranked least free of 29 countries in the South and Central America/Caribbean region, and its overall score is significantly lower than the regional average. Cuba’s average tariff rate is 10 percent. The country’s planned economy deters foreign trade and investment. The financial sector remains heavily regulated, and access to credit for entrepreneurial activity is seriously impeded by the shallowness of the financial market. The state maintains strict capital and exchange controls.

* The Castro's regime has a long record of hostility toward private business. In the summer of 1960, it seized all U.S. companies operating in the island valued at $1 billion. In March 1968, it confiscated 55,000 small businesses still owned by Cubans at that time.

* In September 2014, Canada's businessman Cy Tokmakjian, 74, was accused by the Cuban government of crimes against the state, taxation and bribery. He was sentenced to 15 years in jail and $100 million in his company's assets were seized. His family says charges are "absurd". He owns the Ontario-based Tokmakjian Group, a transportation company

* The Cuban government last reported its "active" foreign debt, accumulated after it declared a default in the late 1980s, as $13.6 billion in 2010. The government no longer reports its "passive" debt from before the default, which economists estimate at $8 billion. By the Paris Club's accounting, Cuba owed its members $35.5 billion at the close of 2012, but more than $20 billion of the debt was in old transferable Soviet rubles, 90 percent of which Russia had to forgive in 2013, according to Reuters. But according to IndexMundi, Cuba's external debt was $23.44 billion on December 31, 2013.

* A Cuban factory worker earns 400 pesos a month, about 17 US dollars. A Cuban doctor earns about 700 pesos, 30 dollars per month. These figures show that the Cuban people live under the poverty line set by the U.N.