The FBI Fights Criminal Threats in the Americas

The FBI Fights Criminal Threats in the Americas

Members of the FBI’s International Operations Division who work in North, Central, and South America carry out their mission in some of the most violent countries in the world and face criminal threats—such as drug cartels and transnational gangs—that spill across borders and threaten the safety of Americans at home and abroad.

Some of the most potent weapons against these threats are strong and lasting partnerships—not only among U.S. federal agencies but also with international allies.

“In the Americas, the drug dealers, gangs, and human traffickers do not recognize borders,” explained Special Agent David Brassanini, chief of the Americas Unit in the FBI’s International Operations Division. “That is why partnerships with our host countries and fellow federal agencies are so important. We can only fight these violent criminals through strong alliances,” he said, adding that while many Americans think of the FBI as primarily a domestic law enforcement organization, “our presence abroad is strong, as it must be to protect the homeland.”

Holding the conference at a Department of Defense (DOD) facility was fitting, because the military is a key FBI partner in the Americas. Both organizations have personnel cross-assigned in liaison roles so that intelligence can be shared seamlessly and operations can be carried out jointly.

“The Bureau and the DOD tend to look at threats the same way and seek to disrupt and dismantle them by working together,” said an FBI agent stationed at SOUTHCOM, one of nine combatant commands within the DOD.

“SOUTHCOM’s most important mission is to protect the southern approaches to the United States,” said Gen. John F. Kelly, SOUTHCOM commander. “We do not and cannot do this mission alone. We work side by side with the FBI and other law enforcement professionals to defend the U.S. homeland against transnational criminal networks, illicit trafficking, and the threat of terrorism.”

Participants at the conference—including other federal law enforcement agencies—were briefed on recent investigations and a variety of criminal trends relating to terrorism, cyber intrusions, espionage, and more. The overwhelming crime issues in the Americas stem from transnational gangs and criminal organizations that traffic in drugs and people. These groups routinely murder, extort, and commit other crimes in the region, and those crimes have an impact inside the United States.

“The gang violence in Central America, particularly in El Salvador, has really taken off lately,” Brassanini said, “and we have seen an influx of that violence to the U.S. In many cases, Central American gang leaders are ordering crimes and murders committed in the U.S.”

Being vigilant about crime in the Americas is important because the countries there are U.S. “touch points,” Brassanini said. “The Americas touch us by land and by sea,” he explained. “That is why we work so closely with our partners to share intelligence, provide training, and bring these criminals to justice.”

The partnerships are working. “Our accomplishments are significant,” Brassanini said. “Almost on a daily basis we are able to identify and track down violent criminals, and that makes all our countries safer.”


Back to the Home Page 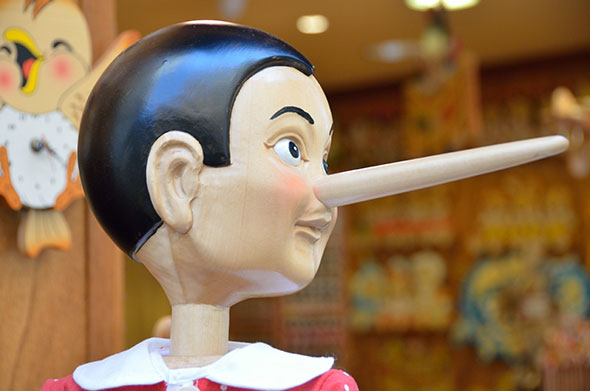 Would you know if someone was lying to you? Most of us like to think we would but every once in awhile we have to admit to ourselves that someone has pulled the wool over our eyes