Tyler Perry's House of Payne is an NAACP Image Award winning American sitcom, comedy-drama television series airing on TBS. Created and produced by playwright, director, and producer Tyler Perry, the show revolves around a multi-generational family living under one roof in Atlanta, Georgia. Marlene Forte steps into the shoes of "Rosalita Hernandez", the mother of the Latin family moving next door to the Payne Family.

Reminiscent in the plot of the famed TV sitcom, The Jeffersons, the show will focus on the dynamics and interaction between The Payne and The Hernandez families. Forte is somewhat of a stereotypical Latin mother who loves to cook, is very religious (Catholic), and teaches Sunday school. The first episode dubbed Casa de Payne shoots September 24th-in Atlanta, GA.

More than an actress, this Cuban born talent is a "working" actress who has proven Hollywood wrong breaking every rule in the book! She sits comfortably at the top of her 40-something years of age and is enjoying a hell of ride carrying now an acting dossier that may very well rival some of the most prominent Latinas in the industry.

She recently secured a lead role in JJ Abrams' highly anticipated feature film "STAR TREK XI" (the prequel). She joins a prestigious ensemble cast including Chris Pine, Zachary Quinto, Eric Bana, Wynona Ryder, Simon Pegg, and Zoe Saldana, to name a few. Forte will be beaming people in her role as Chief Transporter - a role she earned without going through the traditional process of auditioning. Indeed, when JJ Abrams saw her demo reel, simply based on the merits of her resume, instructed the casting director to hire her on the spot.

She also co-starred in one of the lead roles in the Lifetime Television Movie of the Week called "LITTLE GIRL LOST: THE DELIMAR VERA STORY" , which world premiered on August 16, 2008.. The movie, based on a true story, features an ensemble cast of acclaimed Latin actors including Judy Reyes ("Scrubs"), Anna Ortiz ("Ugly Betty"), Hector Luis Bustamente and A.Martinez.

Forte also recently booked a guest role on the CBS Drama series "Cold Case". Her other upcoming film project include the role of "Madame Sabine" in the highly anticipated feature film "Dare to Love Me" starring Lindsay Lohan (directed by Alfonso Arau, written by Oliver Mayer).

The story that lies behind Marlene Forte's Hollywood success unfolds like a rags-to-riches movie script, but it is certainly a story rarely told and nothing short of "Forte' Tude"! The road less traveled has proven to be the path to success for Forte who let thirty years of her life elapse before deciding to follow her dream: to be an actress.

After six solid successful years as a video store owner, she turned herself at age 30 into the female version of a Quentin Tarantino, with an encyclopedic knowledge of films, directors and actors.

Her journey from the video counter to the big screen is one of great inspiration and motivation - proving that talent and persistence do pay off. Marlene Forte might have done it all in reverse, upside down and backwards, but in the end, she is certainly having it her way….Forte's way!

A Call for a National AIDS Strategy Bridging Race and Sexuality 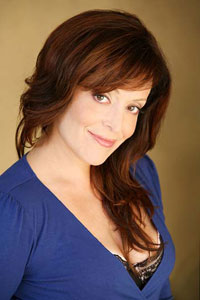