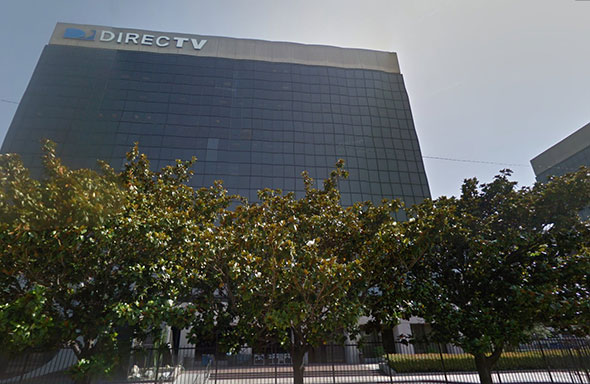 DirecTV: “The FTC’s decision is flat-out wrong and we will vigorously defend ourselves, for as long as it takes.”

The Federal Trade Commission has charged DirecTV, the country’s largest provider of satellite television services, with deceptively advertising a discounted 12-month programming package because it fails to clearly disclose that the package requires a two-year contract. In addition, DirecTV does not clearly disclose that the cost of the package will increase by up to $45 more per month in the second year, and that early cancellation fees of up to $480 apply if consumers cancel the package before the end of the two-year period.

DirecTV also fails to disclose that its offer of free premium channels for three months is in fact a negative option continuity plan that requires consumers to proactively cancel to avoid automatic charges on their credit or debit cards, the FTC alleges.

“DirecTV misled consumers about the cost of its satellite television services and cancellation fees,” said FTC Chairwoman Edith Ramirez. “DirecTV sought to lock customers into longer and more expensive contracts and premium packages that were not adequately disclosed. It’s a bedrock principle that the key terms of an offer to a consumer must be clear and conspicuous, not hidden in fine print.”

In filing its complaint, the FTC is seeking a court order that permanently bars DirecTV from engaging in the allegedly illegal conduct, as well as a monetary judgment that could be used to provide refunds to affected consumers.

DirecTV is a national provider of direct-to-home satellite television services, based in El Segundo, California. With more than 20 million subscribers across the United States, the company is the largest provider of such multi-channel video programming distribution in the nation. The company offers its services to consumers through subscriptions, and typically requires users to agree to a 24-month contract that includes a programming package, satellite dish, other necessary equipment, and installation and support services.

According to the FTC’s complaint, in many instances since 2007, DirecTV has violated the FTC Act by making deceptive claims or omissions of material facts in advertisements and on its website for its satellite television subscription service. Specifically, the FTC charges that: DirecTV promotes its television service and programming package prices “for 12 months,” without clearly and prominently disclosing that these deals require consumers to sign a two-year contract (with a substantial early cancellation fee) and that the cost of the programming packages jumps $25 to $45 a month in the second year of the contract; and DirecTV represents that consumers will receive premium channels, such as HBO and Showtime, “free for 3 months,” without adequately disclosing that: 1) consumers will be enrolled in a negative option continuity plan that charges for the premium channels after the trial period; 2) consumers must contact DirecTV to cancel the plan before the trial period ends to avoid incurring the charges; 3) DirecTV will use consumers’ credit or debit card information to charge them after the trial period ends; and 4) there are specific costs associated with the negative option continuity plan.

In addition to the agency’s charges that DirecTV violated the FTC Act, the FTC also alleges the company violated the Restore Online Shoppers’ Confidence Act (ROSCA) by failing to clearly and conspicuously disclose on its website all of the material terms of offers with a negative option component.

DirecTV denied any wrongdoing. As The Washington Post’s Andrea Peterson reports, a company representative said in a statement: “The FTC’s decision is flat-out wrong and we will vigorously defend ourselves, for as long as it takes.”